Yes, RETIRED!!  Oh, I know, I know, some folks equate that with boredom, loss of purpose, reduced income, you know the drill.  I could go on and on.  So let me tell you what "retirement" means to me. It means--PERPETUAL summer vacation!  PERPETUAL. SUMMER. VACATION. How many kids have dreamed of that?!

Now, I've got several advantages over a lot of folks going into retirement and I know it. First, my husband and I raised three kids on a shoestring, we don't have expensive tastes, we enjoy the simple things of life, and we've lived on a much lower income with a lot more debt.  Second, as a writer, I have a whole 'nother career aside and apart from my "day" career and have had for some time now. I'm a writer (well, duh). That career hasn't been very active for the last couple of years for one simple reason. No matter how healthy and active any (average) individual is, one simply cannot do at 40 what one could do at 30, one cannot do at 50 what one could do at 40, and one cannot do at 62 what they could do at 50.  Or even at 55. Something's gotta give. For the last two years, the writer surrendered to the demands of the paralegal.  Yes, in my day job I've been in a law office for more years than I care to count.  Longer than the younger attorneys I've worked for these past few years have been alive.  And in retrospect, I guess that was only fair, given all the colorful characters and insider knowledge of the legal system my paralegal career's given me over the years. I've used that insider knowledge in my books for years, and I'll certainly use it in the future because the paralegal's time is done.

Now the writer can return to the work-in-progress that's been in static condition for far too long. See, there comes a point during the writing of every book when the author has to either get on the roller coaster and ride it till it's done, or stay off it entirely.  The background's set, you know your characters (more or less, one of 'em's always ready to stab you in the back, but hey! No surprise in the writer, no surprise in the reader), you've got at least a target climax in mind.  All that you can work on more or less at your own pace, and in my current work-in-progress, I reached that point long ago. But after that?  Well, after that, you have to actually put yourself in the world you've created and live there. The best explanation of that I can come up with is to say it's rather like deciding to get pregnant on purpose. It's commitment.  The point of no return. The book and the characters take over your life, waking, eating, sleeping. It's a place you enter and don't come out of until the demands of the real world yank you out for short visits with reality.  I don't mean you sit and type for hours and hours each and every day (though sometimes that does happen), I mean that even when you're doing something else, your mind, or at least a large subconscious part of it, remains in that world. There's no "oh, I'll think about it again on Saturday afternoon." No, you won't. Because by then, you've lost the momentum.  You're not on the roller coaster anymore. You've gotten off and you've got to start over.

It's damn scary, is what it is. It's voluntary entry into a world that's real only to you, and you're doing so in the hope (because there's never any guarantee) that you can make that world real for your readers.

That's where I am in my current work-in-progress (WIP in writer lingo). It's the second book in the Southern Justice series.  So of course readers can visit with a few old friends from Country Justice. I've taken a few weeks' break after retirement and I'm ready to hop on the Black Turkey Walk roller coaster and ride it to the end. 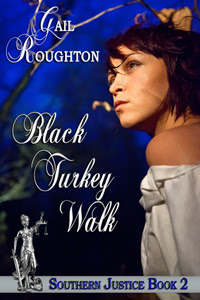 Thirty years ago, two children played in the twilight on the creek banks down near the swampy bogs the town folk call Black Turkey Walk. Only one made it home alive. Who killed Tommy Milner? Nobody knows, and the shadow of his death still hangs heavy over the little town of Turkey Creek.  It hangs heaviest over his sister Lucy Elliott,  now all grown up with a family of her own.  A family she’s bringing home, back to Turkey Creek. And that’s a decision she might not be able to live with. You see, there’s been another murder down there in the bogs, right off Black Turkey Walk. A murder strikingly similar to Tommy’s. Maybe—just maybe—solving this new murder will solve Tommy’s. Sometimes justice takes a long time in coming.  And the best justice is Southern Justice.

Now, for what happens when real life intrudes--like on the first two days of my retirement--hop over to my "Country Kitchen" blog, Flowers on the Fence.  Cause sometimes, life just doesn't go like you planned. And you know what? That's a wonderful thing. Because it's the unplanned things that so frequently give you the greatest pleasure and call up the most wonderful memories.
Posted by Gail Roughton at 11:57 AM 10 comments: 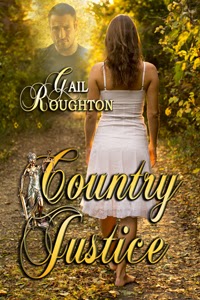 Welcome to my world.  My real world.  The one that holds my heart.  The world of Country Justice.

I always like to know the story behind the story. Because I know there is one.  Always.  Writers claim their work’s fictional and mostly it is, but in its center—something happened somewhere, sometime, someplace, in that writer’s life that triggered it.  The story behind Country Justice?  Where did Turkey Creek, Rockland County, Georgia come from?  I know the places of Country Justice because I live there.  I know the characters of Country Justice because I’m part of them and they are part of me.  Oh, they’re not real characters, of course.  Not really.  They’re bits and pieces of here and there, now and then, this and that, mixed and mingled to produce the other.

Nor are the locations real.  Exactly.  Every small town, southern or not, are microcosms of society, a miniature little world wherein everybody knows everybody else’s business, heritage, secrets, what they had for supper, their usual bedtime.  It’s a patchwork quilt, sewn together into a sturdy fabric, stitched with a strong thread of familiarity.

In that world, everybody knows Maggie Kincaid hasn’t spoken to her father in twenty-five years. They know Billy Brayton died twenty-five years back.  An accident in basic training,  it was, and a damn shame, too, that boy was one of the finest football players ever to come out of Rockland County, even if he was kinda rough around the edges.  Too bad nobody told Billy. See, there’s a gray Mustang coming lickety-split over the hill, the driver’s Billy and guess what, folks? He ain’t dead.  Turkey Creek doesn’t know what’s about to hit it.

The seeds of the plot for this book made some faint murmurs a long, long time ago. But they didn’t blossom until my son-in-law, a K-9 Deputy Sheriff for my home county, told me a story.  A story with some striking similarity to the opening scene of Country Justice.  Come visit, why don’t you?

Clayton Chapel loomed out of the darkness, caught in the spear of the patrol cruiser’s headlights. Deputy Alec Wimberly left the engine running per protocol and got out to do his obligatory night check walk-around, eyes open for stray teenagers. Clayton Chapel’s reputation drew them like magnets. He ran the flashlight’s beam around the dark windows of the second floor. And froze. For just a moment.

He raced hell bent for leather back to the car and scrambled in. The cruiser careened down the country road in a flurry of squealing wheels and flying gravel. He didn’t look back. If he looked back, he’d see it. He knew he would. The silhouette of a little girl in banana curls, backlit in the window. Pounding organ music still rang in his ears.

He slowed just enough to negotiate a wide turn onto Highway 96. Back on the asphalt, he could pretend it never happened. He checked the speedometer and eased off the gas. Or tried to. For a moment his foot, lead on the pedal, wouldn’t obey. He reached to his shoulder and hit the send button on his radio phone.

“Rockland 19, back on patrol from property check at Clayton Chapel.” 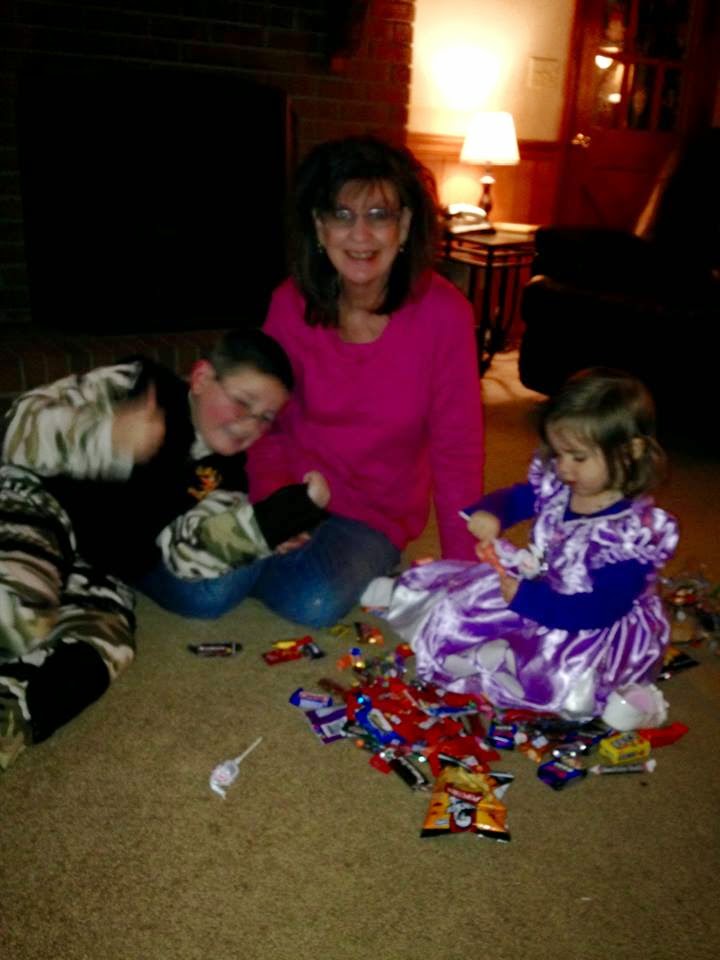 Y'all come on in! 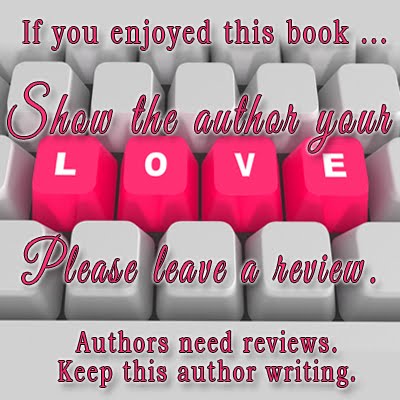 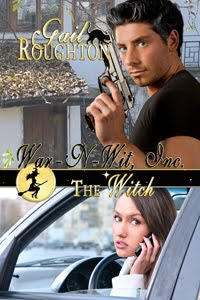 The Novella That Started It All.... 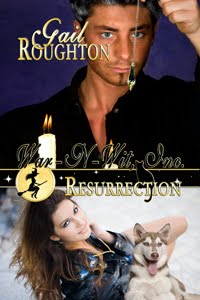 A Blast From the Past! 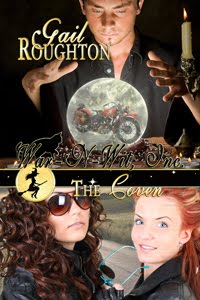 Have You Ridden Your Harley Today? 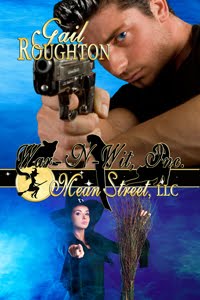 Out of This World Adventure!

No matter where you do your e-book shopping, clicking any cover will provide you a direct link to that book on multiple sites. 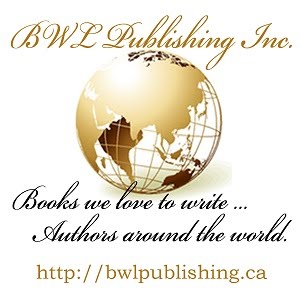 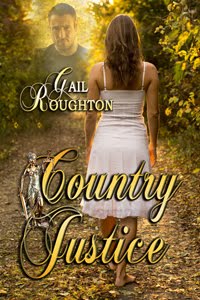 Take a Trip Down Home! 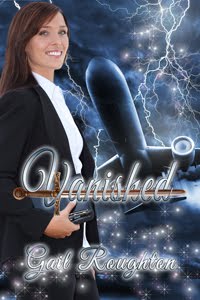 You're Not in Kansas Anymore!

The Color of Seven 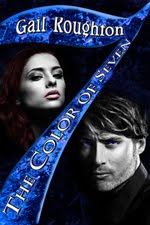 Because Evil Never Dies. It Just--Waits.

Sit at the Kitchen Table

In Flowers on the Fence Country!
Copyright 2012 by Gail Roughton

Meet All the Books We Love Writers!